Inicio / ACTUALIDAD / The Red and Whites cruise past Metz, scoring 4 without reply at the Stade Louis II

The Red and Whites cruise past Metz, scoring 4 without reply at the Stade Louis II 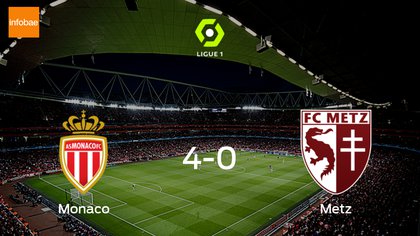 Monaco’s 4-0 win over Metz on Saturday, was hard fought at the Stade Louis II. Monaco were looking to continue their run, following a 4-0 victory against St Etienne while Metz were beaten 3-1 in the previous match against Rennes. Following today’s result, Monaco are in 3rd place on the table and has 62 points while Metz sit in 9th with 42 points after 31 matches.

After a goalless first half, Monaco certainly were out of the blocks quickly in the second half, with an early penalty goal from Cesc Fabregas in the 50th minute. The Red and Whites looked to have the game under control when they scored again and incerased their lead, thanks to a goal from Kevin Volland at the 52 minute mark to establish a 2-0. The momentum was now with Monaco, who then scored again through a goal from Wissam Ben Yedder at the 77 minute mark to establish a 3-0. The Red and Whites then netted again and increased their lead thanks to a penalty 2nd effort from Wissam Ben Yedder just before the final whistle to make it 4-0.

Monaco next face Dijon and Metz are at home to Lille. 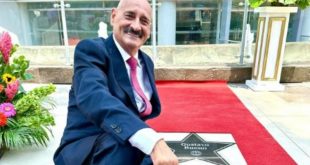