Inicio / ACTUALIDAD / Manuel Merino after the death of four citizens in protests: Where is the Purple Party?

Manuel Merino after the death of four citizens in protests: Where is the Purple Party? 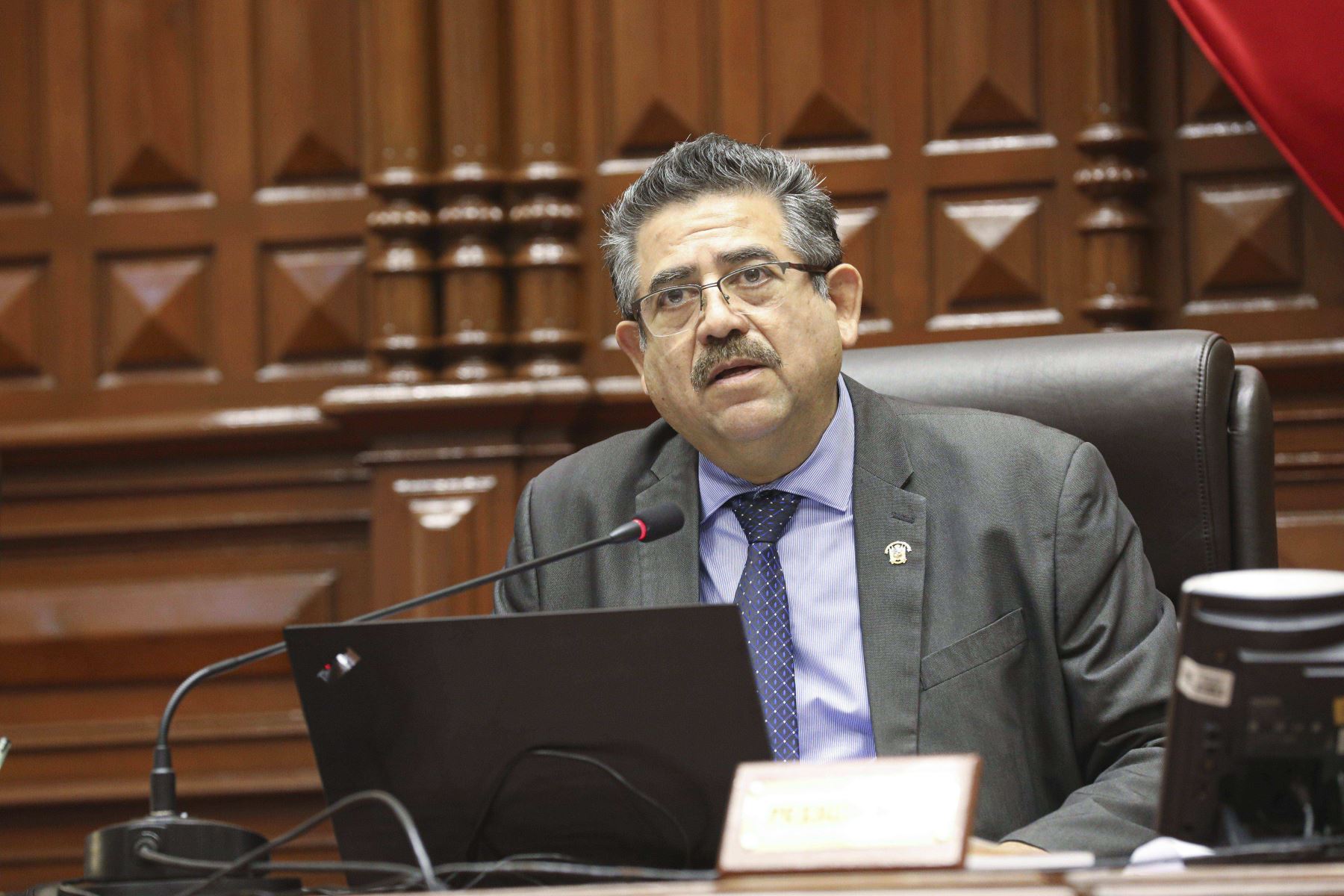 Several political figures have criticized President Pedro Castillo for his slow response to the claims of carriers and farmers after the price hike, the same ones that generated the protests where four citizens lost their lives last weekend. For his part, the former congressman of Popular Action, Manuel Merino de Lama, said he regretted the losses, but, in addition, he demanded the pronouncement of some of his critics.

“My solidarity with Peruvian families who have lost their loved ones in the protests that have been happening in Huancayo and throughout Peru,” he wrote on his Twitter account about the deceased protesters. Immediately afterwards, Merino referred to what he considers to be “caviar press” to highlight an alleged inaction in the face of what happened in Junín.

The populist stated that some media “does not act as on other occasions” and then attach a graph comparing the covers of La República published the day after the deaths of Inti Sotelo and Bryan Pintado, one day after the victims of the 2020 agrarian strike and the demonstrations of a few days ago were known. 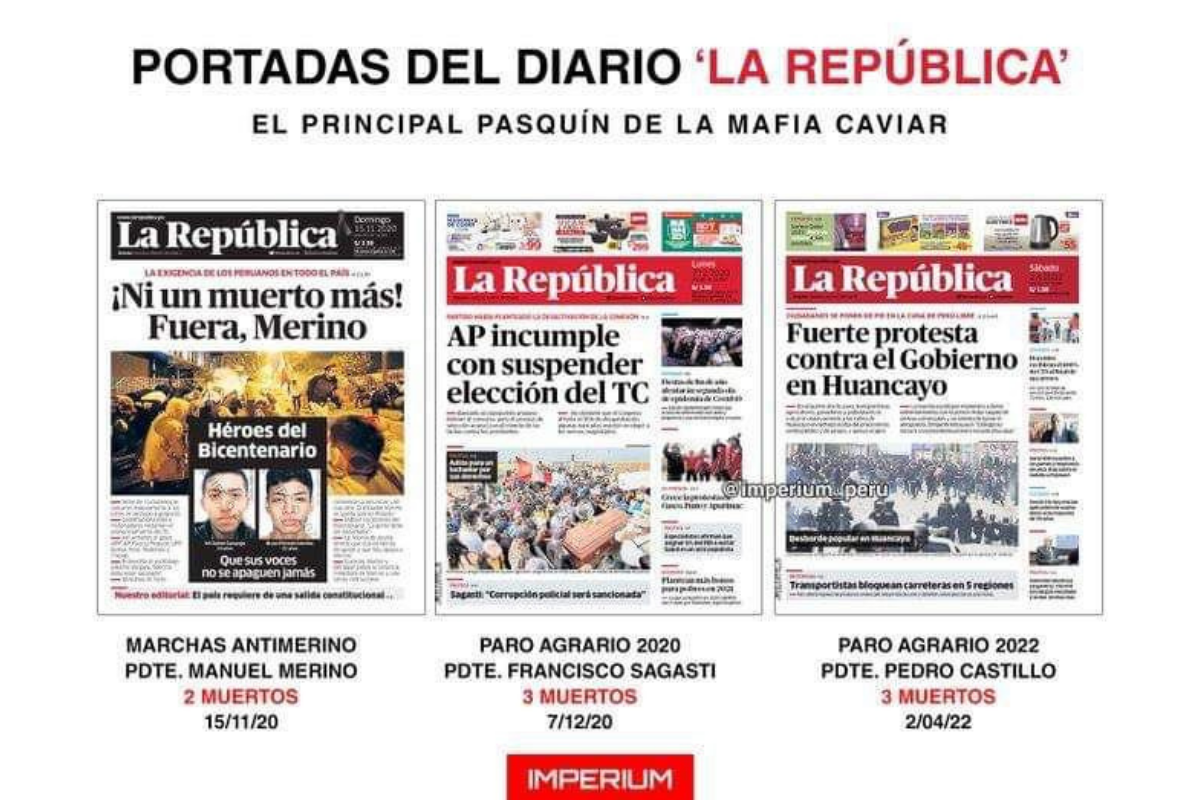 He also noted that the same attitude is shared by some “political leaders and authorities of various institutions such as prosecutor Zoraida Ávalos” who he criticized for not speaking out “in the face of the massacre that occurred during the protests.” “Where are Zoraida Ávalos, Mirtha Vasquez, Francisco Sagasti, Julio Guzmán, Alberto de Belaunde, Gino Costa, the whole Morado Party, Verónika Mendoza, Sigrid Bazán,” he wrote to point out that there was a group of journalists who “were part of the mafia orchestrated by Vizcarra and are now silent.”

Manuel Merino de Lama’s publication pointed out that “nothing is coincidence in politics” and insisted on the need to find solutions to the problems facing the country. At the end of his tweet, he called President Pedro Castillo’s way of ruling “cheap populism”.

ABOUT THE DEATHS IN JUNÍN

The government ruled on the death of protesters over the weekend and confirmed that these are four citizens. However, he assured that although his departures are linked to the protest, they were not provoked by the police. “When the wave of protests took place, there were protesters who protested peacefully in and around the city, the police handled it very wisely to avoid a social cost; however, there have been three deaths, not by the police, but two from traffic accidents and a child who fell into the river, and who the police rescued. We regret these deaths and my condolences to the relatives,” said Interior Minister Alfonso Chávarry.

Congresswoman Susel Paredes of the Morado Party, referred to the deaths and called for Chávarry’s withdrawal from the portfolio she leads today. “On the social conflict in Huancayo. Prevention, management and transformation of conflicts is what is needed, what is strategic, and not seen. Extinguishing fires is not the answer. Deaths must be clarified and there must be political responsibility. #FueraMinistroChavarry”, he wrote from his Twitter account.

The head of the Mininter also stated that there were 22 detainees during the protests, the same ones where vandalism occurred that affected the headquarters of the regional government of Junín. “There have been 22 detainees who have looted televisions from some shops, these are being detained and available to the police for investigations pertaining to Public Ministry, the minor has also been arrested, because he was inside the protesters”, he said.